Every Boarding School-supported campaign must be founded, managed, and organized by members of the communities or institutions in question.

Once campaigns are founded, The Boarding School can offer support in three ways, none of which are mutually exclusive.

The Boarding School offers start-up grants ranging between $500-$5,000 to mission-aligned campaigns supporting young board candidates. You need not be a member campaign to apply.

Our team provides tailored strategy, platform development, and candidate selection advice to campaigns supporting young board candidates that want to learn from our experiences.

3. Success in the Boardroom

Candidates and campaign organizers are invited to participate or request The Boarding School’s specialized trainings to ensure they have the tools to be effective as young board members.

Campaign team members are also invited to join our growing network of former, current, and aspiring young board members, open to member and unaffiliated campaigns alike. Members of our online communities have exclusive access to advice, discussions, and connections to prepare them to be boardroom leaders. 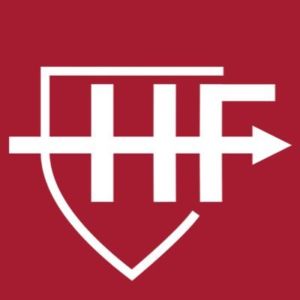 Danielle Strasburger and Nathán Goldberg, two Harvard alumni, created Harvard Forward in 2019 as an effort to elect recent alumni to the Harvard Board of Overseers on a climate justice and inclusive governance platform. The Boarding School now legally houses Harvard Forward. 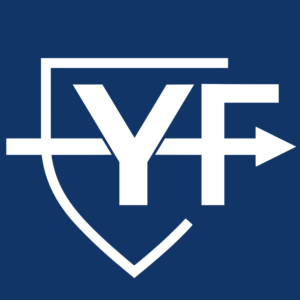 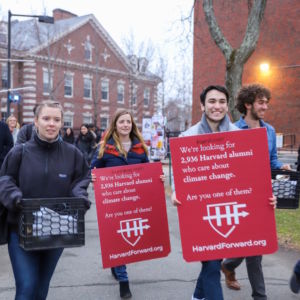 If you attend, work for, or are otherwise a part of another organization whose board is elected by a private electorate, you could elect young people to your institution’s board of directors with the right platform. Interested in starting a campaign with The Boarding School at your organization? Join us.

What types of boards do The Boarding School’s campaigns aim to elect young people to?

The Boarding School (TBS) supports board election campaigns at private organizations or with private electorates. In other words, TBS does not support campaigns for public elected office as defined by the Internal Revenue Code section 3401(c).

TBS is currently focused on empowering college and university alumni, students, staff, and faculty to organize around the election of young people to their institution’s elected boards. In some cases, these boards hold fiduciary responsibilities to the institution and are elected by alumni.

If you attend, work for, or are otherwise a part of another organization whose board is elected by a private electorate and you think there could be an opportunity to start a campaign with TBS at your organization, contact [email protected].

What support does The Boarding School provide to campaigns working to elect young people to boards?

Once campaigns are founded, TBS can offer support in one of three different ways:

What is the relationship between Harvard Forward, Yale Forward, and The Boarding School?

Harvard Forward predated TBS. Danielle Strasburger and Nathán Goldberg, two Harvard alumni, created Harvard Forward in 2019 as an effort to elect recent alumni to the Harvard Board of Overseers on a climate justice and inclusive governance platform. As they developed the strategy for Harvard Forward, they realized that the mission of having more young people on boards would be applicable beyond Harvard. They reached out to other young people involved in nonprofits and governance and formed The Boarding School founding team with Azza Cohen, Achille Tenkiang, and Priten Shah. Once TBS was incorporated, it became the legal entity housing the Harvard Forward project.

Yale Forward is TBS’ second project and Harvard Forward’s sister campaign. Founded by Yale PhD student Scott Gigante, Yale Forward aims to elect Maggie Thomas – a 2015 alumna of the Yale School of the Environment and climate policy advisor to U.S. Presidential candidates Elizabeth Warren and Jay Inslee – to the Yale Corporation on a platform of climate action, endowment justice, and inclusive governance. Yale Forward will organize separately from The Boarding School and establish independent legal status as an unincorporated not-for-profit entity by December 31, 2020.

As TBS projects, Harvard Forward and Yale Forward share resources and knowledge around university board elections, as well as an ability to fundraise across the country, hire staff, and access legal and HR support as needed.

What kind of financial support does The Boarding School offer campaigns?

For in-house projects: TBS covers campaign start-up and maintenance costs associated with CRM, email, and website hosting; certain shared digital subscriptions; contract and professional fees; and certain liability protections. Ideally, each campaign is individually responsible for covering its own payroll, travel, and any other campaign-specific expenses through its own fundraising efforts. In-house projects unable to cover these expenses through their own fundraising may draw sparingly from TBS’ limited pool of unrestricted funds.

Do the candidates of The Boarding School’s campaigns have to meet certain criteria?

Yes. We support campaigns whose candidates align with our mission and values. To be accepted as a TBS project or receive a TBS campaign grant, campaigns must demonstrate that, as young people, their candidates would add new and diverse perspectives to the boards they hope to join and that their platforms would enjoy significant support in their communities.

Does The Boarding School mandate what specific elements campaigns must include in their platforms?

No. The platforms of TBS-affiliated campaigns are developed by young people impacted by their institution and designed to be specific and important to their own communities, so long as they align with the TBS mission. While we do not mandate what platforms must look like, TBS may provide advice on platform elements, language, and copy.

Does The Boarding School support candidates after they win (or do not win) their elections?

Yes. All prospective candidates are invited to join our growing network of former, current, and prospective young board members. As such, they may access the mentorship of or provide mentorship to other young trustees in similar industries or with similar personal or professional backgrounds, experiences, or goals.

Candidates are also welcome to participate or request any specialized training session within TBS’ educational programming repertoire to ensure they have the tools to be effective as young board members.

Do candidates have to win their elections to gain access to The Boarding School’s programs, resources, and network for young trustees?

No. Any young person who shows significant interest in learning about institutional boards or who serves or has served on a board themselves is eligible to apply for any of TBS’ educational programs and young trustee network. In organizing campaigns to win election to their institution’s boards, candidates easily demonstrate significant interest in learning about boards and boardroom leadership strategies.

Is this considered political campaigning?

No. In cases where TBS supports candidates in organizational or institutional board elections, these campaigns are never on behalf of (or in opposition to) any candidate for public office. TBS campaigns work with boards of private institutions, which fall outside of the IRS definition of public office.

TBS is not involved in any campaigns that attempt to seat candidates on county commissions, city councils, boards of education, and other boards and commissions that exercise significant authority pursuant to public laws, nor does our work attempt to support or influence specific legislation. In short, as a 501(c)(3) corporation, TBS does not participate in political campaigning and is organized and operated for charitable and educational purposes.

Do any of The Boarding School’s activities personally benefit private individuals?

No. No part of TBS’ earnings inures to the benefit of any individual. TBS employs a rigorous selection process for all of its employees, board members, and candidates of affiliated campaigns, the central requirement of which is alignment with TBS’ mission to improve the highest levels of institutional decision-making by empowering young perspectives. Aside from the Executive Director, all of our board members serve in a volunteer capacity.

How can I start a campaign at my institution?

Contact [email protected] to schedule a time to chat!

Are there any fees associated with involving a campaign with TBS?

No. However, The Boarding School primarily aims to help provide infrastructure and shared knowledge. If campaigns expect to incur expenses, they should plan to fundraise to cover their own costs. TBS can help provide resources on how to fundraise effectively.

How long will it take to set up a new campaign with TBS?

It depends on the stage at which the campaign seeks to involve TBS, but it generally takes several weeks to set up a campaign for launch.

Stay updated on the latest news from The Boarding School!